In 1999, the exposition of Jurgis Kazlauskas carvings was opened in R.Puodžiūnas granary from Paelmis village. J.Kazlaukas started carving in 1966 on his early 50’s. At first, his works were small, primitive, glued on little wooden tables but with time he improved and became original.

Jurgis Kazlauskas also was a native philosopher. With every work he commemorated a different idea, recorded positive and negative traits of humans, honored local intellectuals, writers and revived their works. There is a huge collection of carvings showing the way of bread, linen, labors of a horse, everyday of a village women. It’s not hard to notice J. Kazlauskas thoroughness while exploring detailed collection of mini implements for manufacturing linen, looms…

Soon carving of Jurgis Kazlauskas became popular and well known among folk artists and museums. Press was full of articles about new artist, his works were exposed in Anykščiai, Panevėžys, Vilnius, Moscow. All his life Jurgis Kazlaukas dreamed about museum for his carvings, sadly, he passed away few years before it.

In 1992, in farmhouse of Kazlauskai was founded a museum, filial of memorial museum of Antanas Baranauskas and Antanas Vienuolis-Žukauskas, looked after by Kazlaukas sister Ona Kazlauskaitė. After brothers death O. Kazlauskaitė also tried carving. Till year 2000 she herself used to meet numerous visitors, with enthusiasm and cheer told stories about her brother and his works. After Ona Kazlauskaitė death carvings were moved to Horse museum. 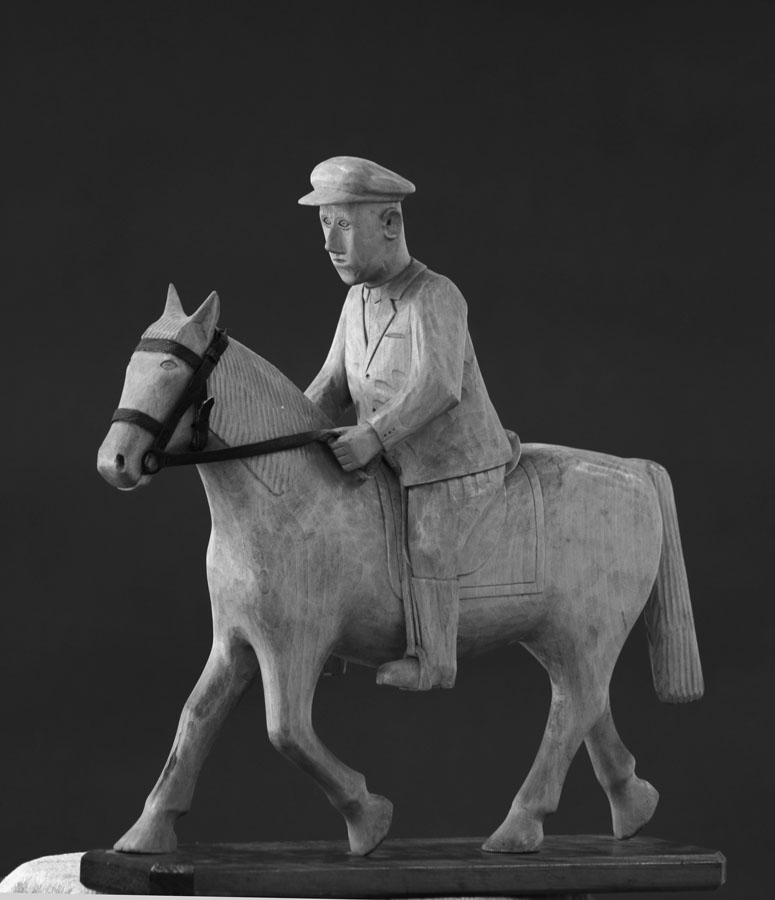